by Kathryn Geels, Vayable London guide who is taking a hiatus in Australia for the next few months but still wants to help all the Vayable travelers out there.

Whenever I cross Westminster Bridge or go past Big Ben on the bus, I have one of those ‘tourist in my own city’ moments where I think ‘oh wow, that’s right I live in London’.  There’s no denying, that even after 11 years in the capital, postcard perfect sights like the famous clock (or bell inside the clock, to which the name belongs), Tower Bridge and Buckingham Palace are awe inspiring and timeless. For most visitors and perhaps for many residents, these are the things that evoke memories of London and all things British.

But what if, for one day, we put the prototypical tourists’ checklist down and literally stepped outside, not so much the box, but the zone. That is namely zone 1 on the tube map. That’s not to say that London’s hypodermis, or inner city, doesn’t offer anything but postcard pinups. Nothing could be further from the truth. However, exploration of its middle and outer skin is something no visitor or resident should dismiss. I liken this city to skin because it’s multifaceted, has a variety of functions, and is the largest ‘organ’ in Britain. In other words, no matter what your interests are or your reasons for being here, you can connect to this city on a completely individual and intimate level.

So where’s a good starting place? Let’s go to a little-known pocket of South West London called West Brompton. Sitting next to posh neighbours, Kensington and Chelsea, West Brompton doesn’t seem to have much pulling power. It has a tube and overground train station. It has a world famous football stadium to its south (Chelsea FC). It has two world-class exhibition venues to its north (which will play host to the volleyball at the London 2012 Olympics). Besides these worldly attributes it also has some other fine places to explore. 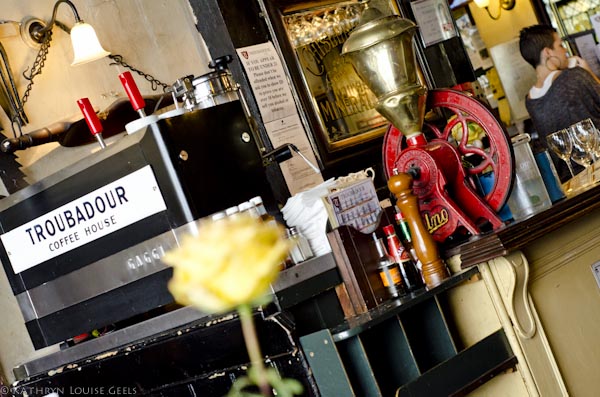 The first stop is breakfast, or lunch if you’re a late sleeper, at the Troubadour café. Founded in the early 50s as part of a coffee revolution in London, you only have to step inside to breath in the years of brewing and music history. It’s a place that’s utterly content in itself and welcomes music and history lovers, laptop slaves and coffee addicts alike.

Next, head to Brompton Cemetery, which is one of the ‘magnificent seven’ cemeteries across London. This place isn’t just for people to pay their respects, but it’s a historic ‘park’ which is frequented by dog walkers, cyclists, photographers and film fanatics but to mention a few. You only need to do a search online to realise just how many blockbuster films have showcased the cemetery. 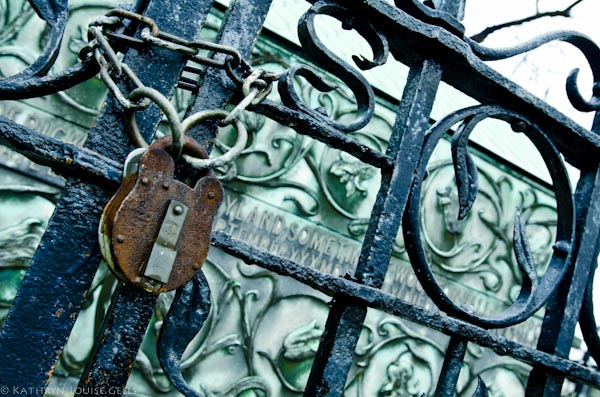 Next on your exploration of West Brompton is…well…if I told you everything about West Brompton then you wouldn’t need to visit the place for yourself!